We may malign the salt shaker, but sodium plays an important role in the body. It’s essential for fluid balance, muscle strength, and nerve function. But most of us get too much. U.S. guidelines call for less than 2,300 milligrams of sodium per day — about 1 teaspoon of table salt. And half of Americans should drop to 1,500 milligrams a day. Surprisingly, most of our salt intake is hidden in the foods we buy at the grocery store.

They’re quick. They’re easy. And they’re loaded with sodium. A 5-ounce frozen turkey and gravy dinner can pack 787 milligrams of sodium.
Tip: A “lighter” version may have less salt, but it’s no guarantee. Read the labels to be sure. It’s possible that “lighter” refers to fat only.

They seem safe enough, right? But take a closer look. Some brands of raisin bran have up to 360 milligrams of sodium per cup.
Tip: Puffed rice and puffed wheat are sodium free. Mix half of your favorite cereal with half of a sodium-free choice. Or look for companies that make low-sodium cereals.

Veggie drinks are a healthy way to get your 5-a-day, but they’re not always a smart choice if you’re watching your sodium. One cup of vegetable juice cocktail contains 653 milligrams of sodium.
Tip: Many brands make a low-sodium version of vegetable juice.

While a handy substitute for fresh, canned veggies are typically laden with preservatives or sauces and seasonings that add extra sodium. A cup of canned cream-style corn may contain 720 milligrams of sodium.

Tips: Rinse vegetables thoroughly, or buy canned ones labeled “no salt added” or “low sodium.” Or check the freezer section, where you may have more luck finding an unsalted choice.

It’s a warm comfort food on a cold day, but look out — soups are typically loaded with sodium. For instance, a cup of chicken noodle soup (canned) contains as much as 866 milligrams of sodium.
Tips: Look for reduced-sodium versions of your favorites. And always check the label — you might find that one brand’s “Healthy” version actually has less sodium than the “25% Less Sodium” variety.

Notoriously high-sodium offenders include Teriyaki sauce (1 tablespoon) which contains 690 milligrams of sodium, and soy sauce (1 tablespoon), which may contain up to 1,024 milligrams of sodium.
Tips: Even “lower-sodium” soy sauce packs a wallop, so use sparingly. Go for vinegar and lemon juice to enhance flavor — they naturally have less sodium. And try orange or pineapple juice as a base for meat marinades.

Half a cup of spaghetti sauce may pack 525 milligrams of sodium — and that amount barely coats a helping of pasta.
Tip: Look for “no salt added” versions of your favorite pasta sauces.

Adding spices to an entrée can be an easy way to forgo the salt shaker. Just make sure there’s no hidden sodium in your selection. For example, canned jalapeno peppers (1/4 cup, solids and liquids) contain about 568 milligrams of sodium.
Tips: Go for the pepper in its natural form to ditch the sodium used in processing. Or use herbs and sodium-free spices instead.

These snack-time favorites are always a safe bet for high salt content. Here’s how a 1-ounce serving compares.

Tip: Even “baked” or fat-free snacks can pack the same amount of sodium or more, so read the label.

Foods such as rice, potatoes, and pasta in their natural forms are naturally low in sodium. But alas, once you grab the convenient “all-in-one” box and add the flavor packet, you may end up eating more than half of your daily allowance of sodium in just one serving.
Tips: Skip the packaged rice, and choose a plain, fast-cooking variety; then add your own seasonings. Or microwave potatoes to serve with your choice of fixings.

If you think those little extras you add to your food don’t count, think again.

Tip: Go for low-sodium or sodium-free condiments. Or get creative with your substitutions: Try cranberry relish or apple butter for a naturally lower sodium choice.

Don’t fool yourself by thinking that the sodium content listed on a nutritional label is for the entire package. Before you blow your entire day’s worth of sodium, determine exactly what one serving equals.

Can’t keep up with the jargon? Here’s a cheat sheet:

What’s in a Name?

When you’re scanning a food label, don’t just look for the word “salt.” Watch out for various forms of sodium or other names for the same thing:

Check Your Medicine Cabinet Too

Surprise! Some headache or heartburn medicines can contain sodium carbonate or bicarbonate. Read the ingredient list and warning statement to be sure.

Pitfalls When Eating Out

Restaurant soups are generally very high in sodium, as are appetizers with cheeses or meats. Casserole entrées and Rice Pilaf are also common pitfalls. The word “sauce” at a restaurant is sometimes synonymous with sodium, so you may want to steer clear of entrées slathered in sauce. If you ask, most restaurants are willing to prepare your food without added salt, but that won’t necessarily make it low in sodium.

Fish can be a lower-sodium choice at a restaurant, as long as you watch how it’s seasoned. Steamed vegetables (prepared without salt) are another smart choice. Also, try a salad with dressing on the side. Low-sodium dessert options include fruit, ice cream, sherbet, or angel food cake.

‘Dos’ When Dining Out

It’s every sodium watcher for himself once you enter the fast food arena. Try these helpful tips:

Who Should Go Low-Sodium?

U.S. guidelines call for about half of Americans to limit sodium to 1,500 milligrams or less per day, including:

The American Heart Association recommends less than 1,500 milligrams per day. Eating less sodium can help lower blood pressure in some individuals. It can help reduce the risk of heart disease, stroke, and kidney damage in those with hypertension.

Unsure of how much sodium you’re getting every day? Keep a daily tally of the foods you eat and drink. Then calculate how much sodium is in each. Any surprises? The average American takes in 3,400 milligrams of sodium each day, well above the limits recommended for good health.

This tool does not provide medical advice.
© 2011 WebMD, LLC. All rights reserved.

Folks who think low blood pressure means they can consume salt without worry may be in for a surprise. Research suggests that the ratio of sodium to potassium in the diet is more predictive of health risks than high blood pressure is.

Even healthy individuals with normal blood pressure should avoid a “sodium-saturated diet,” according to an eMaxHealth article by Dr. Robin Wulffson.
He’s no lone voice, either.

Centers for Disease Control and Prevention researchers published a recent study in the Archives of Internal Medicine that found an increased risk based on that ratio, as well. The scientists controlled for “all the major cardiovascular risk factors” and still found an association with deaths from heart disease when the sodium-potassium ratio was bad. Sodium raises blood pressure and reduces the elasticity of arteries. Potassium activates nitric oxide, which relaxes arteries and lowers the risk of high blood pressure. Sodium, by the way, blocks uptake of nitric oxide.

The Institute of Medicine last year looked at data from 12,000 American adults and reported that a high-sodium diet increases the risk of heart disease, as has been widely reported. But of greater portent, it said, is the balance between the two chlorine salts: sodium raises risk, while potassium lowers it.
That study concluded that “no one is immune to the adverse health effects of excessive sodium intake.”

Research shows that when the sodium-to-potassium ratio is high, people are nearly 50 percent more likely to die from any cause within the 14.8-year follow-up period and twice as likely to die from ischemic heart disease, compared to those who consumed less sodium than potassium.

Three-fourths of salt in the American diet is eaten in processed foods or at restaurants. Wulffson pointed out that it also comes from water that has run through a water-softener. That can be charged with potassium chloride instead of with sodium chloride, although it costs more.

The human body only needs 220 milligrams of sodium a day; the average diet contains more than 3,400 milligrams a day. Current dietary guidelines cap it at a maximum of 2,300 milligrams for all but those at high risk, who should have no more than 1,500 milligrams a day. That category includes anyone over 50, African-Americans and those with high blood pressure, diabetes or chronic kidney disease.

An article in the New York Times notes that because the Food and Drug Administration categorizes salt as “generally recognized as safe,” food producers can put as much into products as they wish. Writes the Times’ Jane E. Brody, “To make matters worse, not only does the amount of sodium rise precipitously when foods like tomatoes and potatoes are processed, but the natural potassium in these foods declines significantly, worsening the sodium-potassium ratio.”

Wulffson noted that 28 national food companies, retailers and supermarket chains have agreed to the national Salt Reduction Initiative, which targets a 25 percent reduction in sodium in food products by 2014.

The American Heart Association has launched a campaign to make it easy to send comments to the FDA and Department of Agriculture, Food Safety and Inspection Service (FSIS), which have been soliciting suggestions and reaction to reducing sodium consumption. One click and the association links you to their site.

It’s going to take a harder push from the government to really make a change, according to the IOM report. “What is needed,” it says, “is a coordinated effort to reduce sodium in foods across the board by manufacturers and restaurants — that is, create a level playing field for the food industry.”

And an expert at the University of Cincinnati College of Medicine, Dr. Jane E. Henney, who chaired the committee that produced the IOM report, told Brody that salt should lose its “GRAS” status with the FDA, so that it is no longer considered “safe” as it is currently being used. 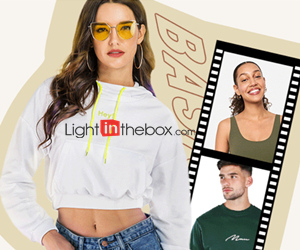 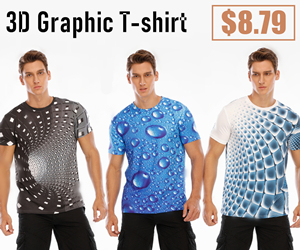